How to sabotage an organization

How to sabotage an organization is a different title but… Today we’re going to twist things around.

Usually on this page I come up with tips and ideas that you can easily apply to make your life and your team’s life easier.

But that’s only part of it. I mean, it’s not just about doing a few things – it’s also about avoiding other behaviours, like anything that can slow you and your team down – basically, don’t shoot yourself in the foot.

So the twist of today is looking exactly at the best bet that you have to do a terrible job and be a horrible leader, and we’re going to take this information straight from the experts – the CIA

See, some time ago some documents from world war 2 were declassified, and among them there was one called “The Simple Sabotage Field Manual”.

It was a collection of tips for people that wanted to help the allies and could do so from within an opposing country, and the idea behind them was to enable them to slow things down however they could.

Now, most of it as you can imagine is now obsolete, but the chapter called “General Interference with Organizations and Conferences” is still surprisingly accurate to this day – which also says something about how little work has evolved in the past 80 years, but that’s a topic for another time.

So, what I’ll be doing today is present you with 8 field-tested best practices that you can use to make sure you sabotage processes and bring everything to a stall.

And if you want to play a game, see how many you have already seen in action somewhere and maybe check which ones you also may have been applying in some version or another!

CIA’s 8 points on how to sabotage an organization

1 – Insist on doing everything through “channels”. Never permit short-cuts to be taken in order to expedite decisions.

Decisions must be properly weighed in, after all – and you need to make sure that everyone is always in the loop and process is followed to the letter.

That’s how you make the right decision.

Even if it takes forever, at least you know you’ve made the right choice. You could also take a shortcut, implement your decision faster and, in case you need to, correct course – but that’s not proper protocol, so maybe avoid it.

Shortcuts are not proper protocol

2 – Make “speeches”. Talk as frequently as possible and at great length. Illustrate your points by long anecdotes and accounts of personal experiences.

In other words, make sure the focus is always on you. Your team will understand and appreciate how deep your knowledge goes and will not only be captured by your stories, but they will learn from them.

Of course they are still expected to finish their tasks on time, the learning you generate for them via your speaking is a lesson you grant them for free, it doesn’t count as work time.

Make sure the focus is always on you

3 – When possible, refer all matters to committees, for “further study and consideration”. Attempt to make the committees as large as possible – never less than five.

Again, don’t move in any direction until you’ve explored every possible option at length and with the help of several thinking heads.

Pack in as many as you can and let them exchange punches back and forth. They will all bring up all their points well and at length and nitpick every single detail. It might take a lot more time than you had planned but remember that you need pondering, not a quick decision that risks being less than perfect.

You need pondering, not a quick decision….

4 – “Bring up irrelevant issues as frequently as possible”.

Well, what is an irrelevant issue after all? Is terminology in an internal document irrelevant with respect to launching your product’s new feature?

Definitely not. How about making a point about what font your team should use in their emails? That’s worth spending at least 20 minutes discussing.

Nothing is really “irrelevant”

As I said, terminology and wording are important – that’s how you improve team communication. Some may argue that only some technical or academic documents need an extremely high level of precision, and that anything else is fine as long as it’s well formulated and understandable.

Well, that is a lie – and in addition, you can’t pass for someone that uses lame terms.

You are the leader, your priority in language is using proper, technical, important terms, and if your team doesn’t fully understand you, well they can figure it out by themselves later, what’s key is that you underline your higher status by sounding important.

6 – ”Refer back to matters decided upon at the last meeting and attempt to re-open the question of the advisability of that decision.”

Some new ideas or information can always rise up to the surface, so why ignore them?

Fear not. This doesn’t mean that you’d be wasting all your team’s work that followed the previous decision.

It just means they need to revisit their input data, assumptions, analysis, assessment and conclusions. It’s just a quick add-on and they’d be glad to have a more comprehensive look at the end.

No decision is ever final

In other words: don’t make mistakes, and even more don’t embarrass yourself. If you need to spend one more week, or two or three pondering what direction you should go into, then do it.

Again, don’t be tempted by the idea of making a decision and then correcting course later. If there is one thing you can’t afford as a leader is showing publicly that you’ve made a mistake, and the best way of making sure it doesn’t happen is to think, think and think again about what you could do – that also applies to creative leadership by the way!

Be cautious not to make any mistake, ever, at all

8 – Be worried about the propriety of any decision – raise the question of whether such action as is contemplated lies within the jurisdiction of the group or whether it might conflict with the policy of some higher echelon.

Collaborate on paper but keep your cards to yourself, ready to show how much better your work is vs the one other people are doing. And bring up any issues you notice about other leaders’ processes – strive to be accountable for formality.

Keep your cards to yourself

Now, just in case you lost me somewhere, please do not follow any one of those 8 points unless you really want to sabotage your team, your organization and yourself in the end, that was meant to be ironic – but the reason I’ve brought all those points up is because it’s all great to talk about new behaviours we could adopt, but we also need to eradicate some bad practices that we apply on a regular basis.

I can tell you, I’ve seen all of them happening in person, and to my discredit, I even have applied a few – and I do find it ironic that those same behaviours explicitly designed to slow down processes and efficiency are still so common 80 years later.

Please, don’t do any of this…

Probably we are not actively looking for information on how to sabotage an organization – we are not trying to be saboteurs, but there’s a good chance we’re none the wiser about how much of an impact small actions or habits can have on our team.

So think about those 8 points, and if you do you find yourself using any of those, maybe it’s time to do something about it.

And if instead all of them are far away from your way of thinking and leading, all I can say is: thank you for listening and keep on doing such a great job!

More from our blog 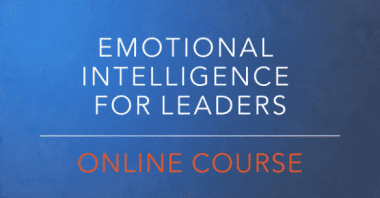 OTHER ARTICLES FROM THE BLOG

How to overcome Bias

This site uses Akismet to reduce spam. Learn how your comment data is processed.